at Celebrity Theatre in Phoenix Arizona on September 30 2022.

Iron Boy Promotions held their 62nd  professional boxing show at Celebrity Theatre in Phoenix Arizona on September 30 2022.  The Iron Boy 62 card would feature 9 bouts, 4 of the 9 bouts would have Old School Boxers in the ring,  Sergio “Checo” Rodriguez, Walter “Wacho” Santibanes, Brian Velasquez and Ivan Castaneda and all four would walk away victorious. 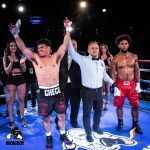 (5-0-1 with 4 KOs) @checo.s.r would take on Bernard Thomas (6-13) out of Kansas City, Missouri at 168.  Rodriguez has a big following and they showed up Friday night at Celebrity Theatre and would not be disappointed. Rodriguez would stop Thomas within 77 seconds, 1:17 of the first round.  This would be the fourth time Thomas was stopped in the first round, and this was the quickest stoppage of his career.  Watch the fight here. 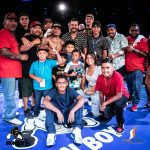 from Phoenix Arizona fighting out of Old School Boxing, improves his record to 10-2 with a 6 round Unanimous Decision (UD) win over 31-year-old Leonardo Torres (10-17-1), a 28 year old veteran from Mexico.  The judges scored the contest, Eric Curcio 60-53, Dennis O’Connell and Chris Wilson scored the bout 58-55.  Watch the entire fight here. 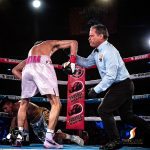 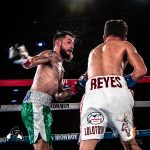 (2-0) would be stepping in the ring for his second professional fight, fighting out of Old School Boxing, and going up against Benjamin Gomez (2-1), 26 year old from Phoenix, Arizona.   Ivan looked sharp against Gomez and would get the Unanimous Decision (UD) win this evening, giving Gomez his first professional loss. The judges saw the bout 40-36 from Craig Harmon and Dennis O’Connell, and Eric Curcio 39-37. 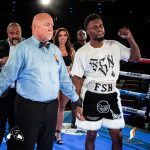 Main Event featured two undefeated boxers Farid Ngoga (7-0) from Glendale Arizona, fighting out of Hard Knocks in Phoenix AZ and Roberto Fierro (3-0) from Mexico.  Ngoga would come away victorious in this contest, remaining undefeated and handing Fierro his first loss. 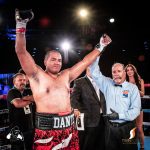 Dante Stone(10-1) from Chandler Arizona would capture his tenth dub against Ruben Rivera (7-5).  Stone would stop Rivera in the 5th round of this 6 round contest. 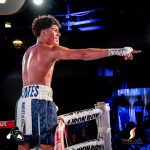 Fabian Montes, (4-0) 19 year old, crowd favorite at Iron Boy out of Phoenix Arizona, would take on veteran German Ivan Meraz in a 4 round contest.  Montes would get a unanimous decision over Meraz.

Elias Montoya Terraza (5-0) would take on Emmanuel “Pollo” Valadez (5-8) from Mexico in a 4 round contest.  The well traveled Valadez would lose on this night to Terraza.

Nicholas Johnson (2-1) took on Marlon Haywood (0-3) a 34 year-old from Illinois. Johnson comes away with the victory by unanimous decision. 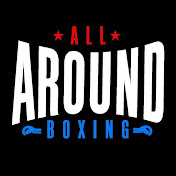